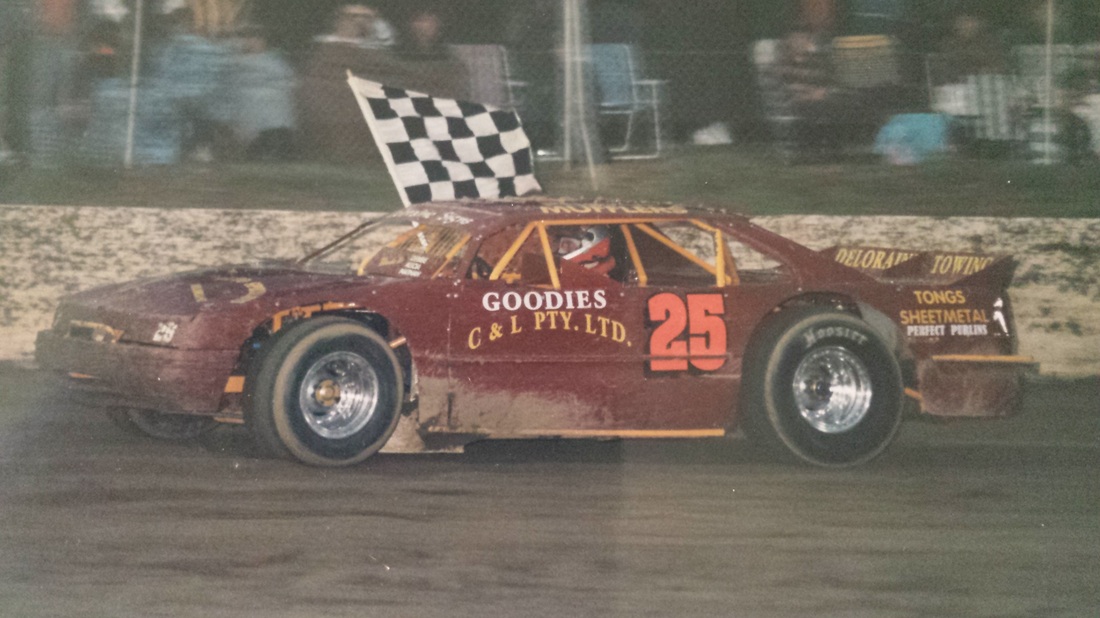 Tasmania ﻿vs﻿ ﻿USA﻿ from a few years ago - Programme

Note: This is a slide show, so if you click on the picture arrows will appear. There is also the option to 'play' the slideshow and the pictures will change automatically after 6 seconds.
For a better look, click the thumbnails underneath the slideshow. 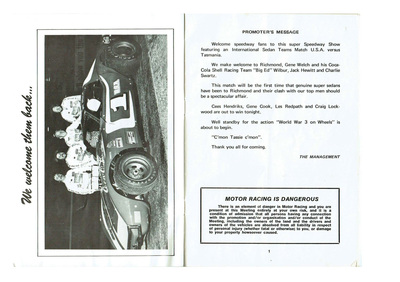 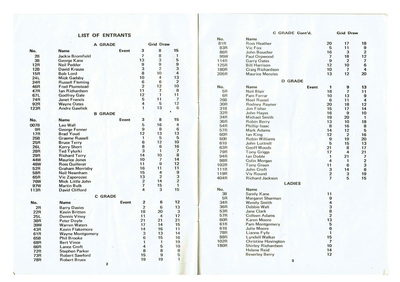 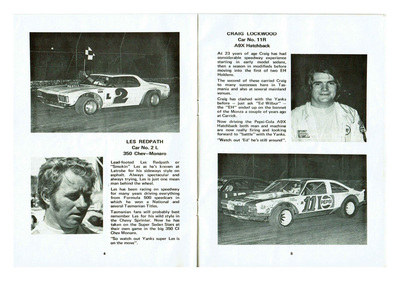 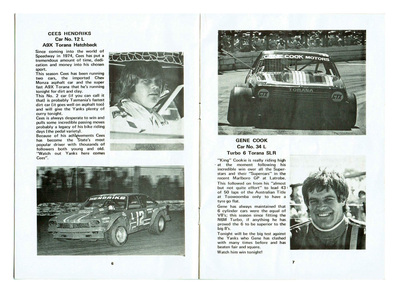 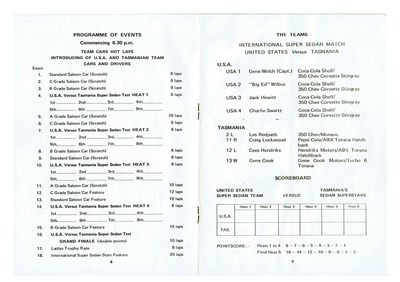 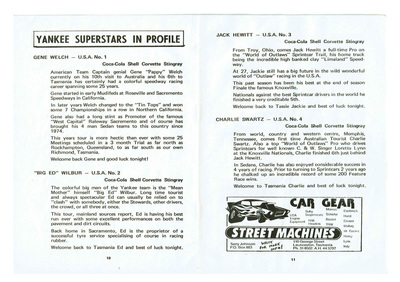 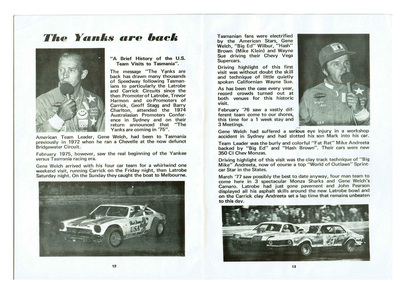 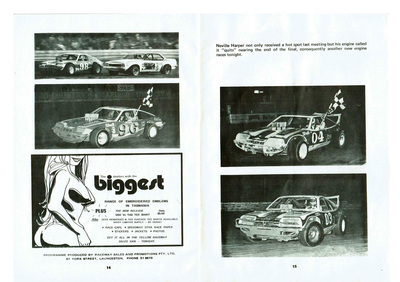 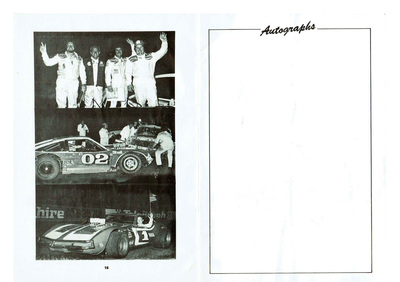 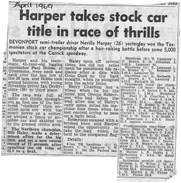 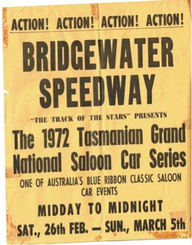 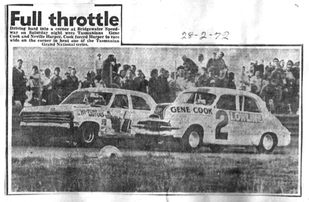 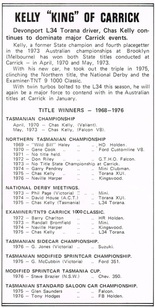 The Grand Parade for the "Grand National for Super Sedans 1980" with the eventual winner being Cees Hendriks. 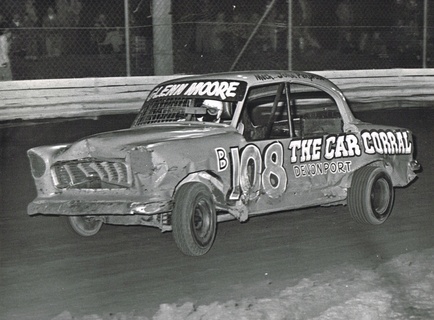 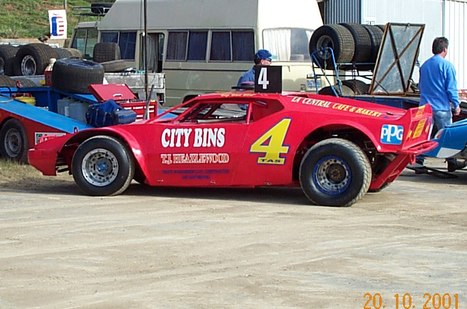 Winner of the 2003 Grand National for Super Sedans 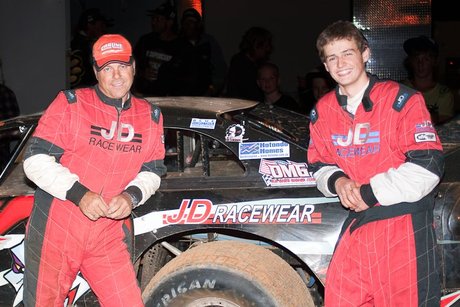 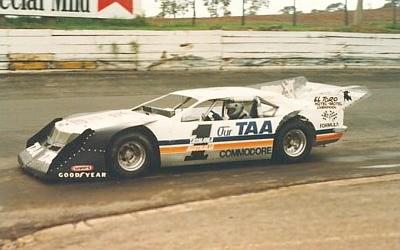 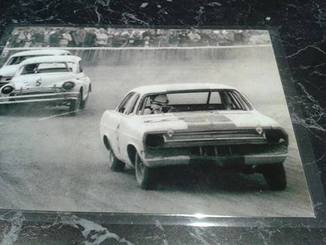 Graeme Smith, on his way to winning the 1st ever State Sedan Title in 1967

Graeme won the 1st ever sedan race held at Latrobe Speedway and is also the father of current star Super Sedan driver, Brad Smith. Brad won the State Super Sedan Title in 2003/04 and the NSSS Championship in 2011/12. For Brad the above picture of his Dad is where it all started for him.

A couple of pictures of Neville Harper. Click on pics for larger version. Hover for captions. 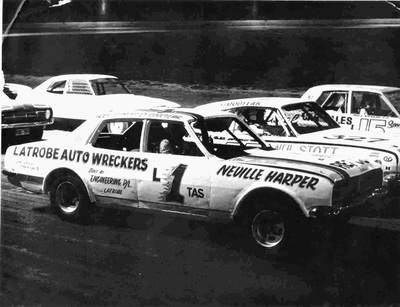 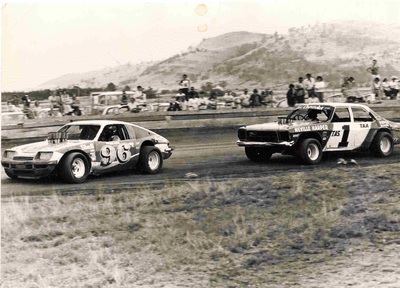